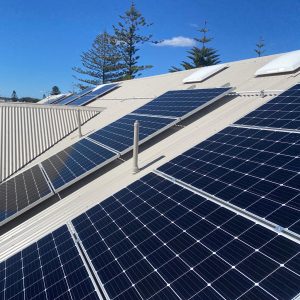 In the Climate of the Nation Report 2020 recently published by The Australian Institute, it states that the majority of respondents (59%) support Australia’s economic recovery being primarily powered by investment in renewables, compared to 12% who would prefer it were powered by investment in gas. It also stated that solar is consistently Australia’s most preferred energy source.

More than half (54%) of Australians rank solar as their number one energy source and 79% rank it amongst their top three with coast and gas becoming increasingly unpopular. Other key findings stated that 80% of Australians believe we are already experiencing the impacts of climate change and that b68% of Australians support the national target of net zero emissions by 2050.

Electricity remains the most polluting sector in Australia. A transition away from carbon-based electricity generation is necessary under any credible climate strategy.

The year 2020 has seen coal generation fall to below 70% of the National Energy Market generation (excluding rooftop solar) for the first time,12 and renewable generation reach a record high annual penetration of 25% in April.

A strong commitment from government to decarbonise the electricity sector and coordinate the transition away from carbon-based electricity generation is supported by most Australians, and it is only getting more popular.

The Australia Institute is an independent public policy think tank based in Canberra who conduct original research contributing to a more sustainable society. Since its launch in 1994, the Institute has carried out highly influential research on a broad range of economic, social and environmental issues. To read the report click here.