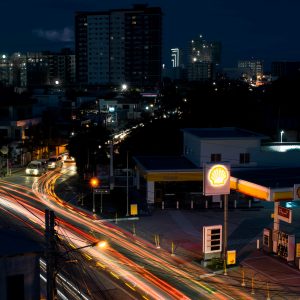 Fossil fuel giant Shell, one of the biggest world polluters of fossil fuel has been told by a Dutch court that they have to reduce their carbon emissions (reduce footprint) by 45% in time for 2030, setting a new precedent with many others having to follow suit.

Their sustainability policy was found to be insufficiently “concrete” by the Court in an unprecedented ruling that will have wide implications for the energy industry and other polluting multinationals in a landmark case to reduce footprint brought by Friends of the Earth and over 17,000 co-plaintiffs. as published by the Guardian today.

Roger Cox, lawyer for Friends of the Earth Netherlands, also known as Milieudefensie, called on organisations across the world to “pick up the gauntlet”, and take legal action to force multinationals to play their full part in tackling the climate emergency.

He said: “This is a turning point in history. This case is unique because it is the first time a judge has ordered a large polluting corporation to comply with the Paris climate agreement. This ruling may also have major consequences for other big polluters.”

Donald Pols, director of Milieudefensie, described the decision as “a monumental victory”.

Shell, which said it would appeal the judgment, was the ninth biggest polluter in the world in 1988-2015, according to the Carbon Majors database. An appeal against the ruling could last two years but Cox said he hoped the company’s executives and shareholders would act in the meantime.

But lawyers for the plaintiffs successfully argued that the company had been aware for decades of the dangerous consequences of CO2 emissions and its targets remained insufficiently robust. To read the reduce footprint article in full click here.