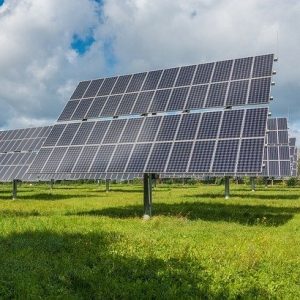 There are six million reasons why the current Australian government are pushing for gas in defiance of their own market operator AEMO and ESB. Even two of their own, being, the Energy Ministers for SA and NSW are pushing back saying gas power stations are not required.

The government has pushed ahead with a gas-fired recovery despite international pressure to lower carbon emissions with Energy Minister Angus Taylor rejecting claims that he pressured a top bureaucrat to change report conclusions on gas pricing.

Mr Taylor denies his department chief urged another top energy expert to resign that being, Audrey Zibelman of AEMO, pressuring her to change the report’s conclusions, which were unfavourable to gas as investigated by Four Corners and aired yesterday.

The federal government is promising a gas-led recovery that will turbocharge Australian manufacturing and provide reliable and affordable power to households as our reliance on coal winds back.

Four Corners investigated the criticism that the gas industry has an undue influence over government policy and explores the role of political donations.

“The access we get to both sides of politics is important to us from the point of view that we get to state our case, right? And that’s no different to any other industry or any other company that does the same thing.” Said the CEO of Santos.

Some warn that the public is not being fully informed about the costs involved in backing gas.

“They should be upfront with the Australian public. Someone’s got to pay for it. So why would they be exposing taxpayer dollars, or those that pay higher electricity prices for infrastructure that’s not needed? State energy minister”.

Given the critical role energy plays in every aspect of our economy, this is a must watch guide to an issue that will help define Australia’s future. To watch the program click here.

The Australian government has no net zero emissions target and has promised to increase the amount of gas in the electricity and manufacturing sectors, saying it will boost jobs. SmartConsult and many others in the industry know that many of the new jobs will come from the transition to renewables and not gas.