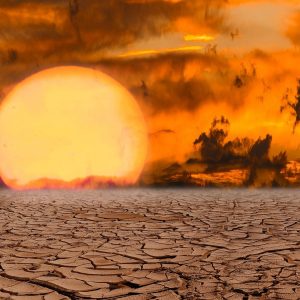 It seems the debate on the fundamental science of climate change is indeed really over. Wasting time arguing against superfluous and flawed opinions via vested interests sponsored by News Corp Murdoch media is also over, and at SmartConsult we are moving on with doing the doing – reducing emissions and saving our clients large sums of money!

This is our response to the recent announcement by The Reserve Bank of Australia and other central banks who sounded an urgent warning about the risk of climate change to the global economy. The RBA warns of a 25% GDP loss by 2100 unless action is taken as reported by The Guardian on the weekend.

As reported, in a recent statement from the Network for Greening the Financial System, changes to the climate were unprecedented. Frank Elderson, the chair of the network and an executive board member of De Nederlandsche in the Netherlands, summarised: “Climate change leads to financial risks and therefore remains a vital issue for central banks and supervisors to address.”

The network said understanding the financial risks and economic costs required it to examine scenarios stretching decades ahead.

It considered three possibilities: under its orderly scenario, climate policies would be introduced soon and gradually tightened, limiting the risk of physical damage – including extreme weather events – and the impact of the transition to low emissions. It would be expected to lead to a “relatively small” economic impact of about 4% of global GDP by 2100.

On Thursday, the Australian Energy Council joined the calling for the government to adopt a target of net zero emissions by 2050 consistent with the Paris agreement, and for the introduction of stable national policies to set a path to the goal.

So, lets collaborate in this shift towards renewables and take the necessary steps sooner rather than later not just for the environment but because it makes good sense to, plus you will save large amounts of money in the process. If you are a business or government entity and are looking for an investment with an ROI that is safe and high yielding, call SmartConsult today on 1300 344 388 for your commercial solar and energy reduction needs.

To read the original article in The Guardian click here.