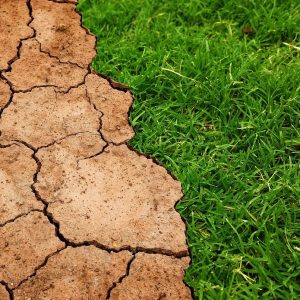 Another Super fund is taking more responsibility for climate change committing to net zero by 2050.

It is responsible for Superannuation fund providers to disclose their investment decisions as well as the way they are managing climate change to their customers, offering that full transparency that’t needed and it is ethical to do so. If they do not address the financial risk  of climate change, they may face legal action by their customers.

This risk from customers is even greater this week, after Mark McVeigh, a 25-year-old man from Brisbane successfully sued one of Australia’s biggest super funds ‘Rest’ over the way they are handling climate change. As a result, the Superannuation company are committing to net-zero emissions for its investments by 2050 as reported by the ABC News this week.

The law requires trustees of super funds to act with care, skill and diligence to act in the best interest of members — including managing material risks to its investment portfolio.

In an 11th-hour settlement reached on Monday while the case was adjourned, Rest agreed its trustees have a duty to manage the financial risks of climate change.

Because the case was settled out of court, the outcome doesn’t carry the same weight as a legal precedent decided in court. But Mr McVeigh’s lawyer, David Barnden, head of Equity Generation Lawyers, said the case still sets an important precedent globally.

In a statement, Rest said that “climate change is a material, direct and current financial risk to the superannuation fund”.

Rest went further and agreed to manage its investments so they would be responsible for net-zero greenhouse gas emissions by 2050.

It also agreed to immediately begin testing its investment strategies against various climate change scenarios, publicly disclose all its holdings and advocate for companies it invests in to comply with the goals of the Paris Agreement, which aims to stop global warming at 1.5C.

The case was the first time an Australian superannuation fund had been sued for not doing enough on climate change.

“Today’s settlement gives me, and Rest’s almost two million members, the reassurance that we need to know that our retirement savings will be invested responsibly in the face of the climate crisis,” said Mr McVeigh. To read the ABC article in full click here.