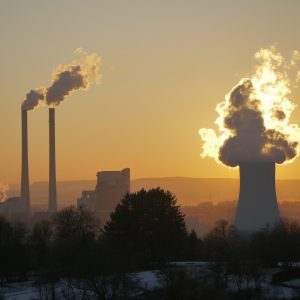 Southern U.S States close more coal fired power stations and power ahead with the transition from fossil fuels to renewable power generation WITHOUT Gas as a bridging fuel!

The Institute of Energy Economics and Financial Analysis has reported that major U.S utilities are locking in plans for acceleration into renewables, which completely contradicts empty political rhetoric from Trump, who promised to grow jobs in the coal industry that in reality is clearly and inevitably in decline.

Our political leaders should be providing support programs and funding for the reskilling and upskilling of these workers for tomorrow’s jobs, rather than handing out empty promises.

As reported by the IEEFA U.S, two of the three proposals, from Tucson Electric Power (TEP), in Arizona, and Colorado Springs Utilities (CSU), are part of comprehensive resource plans that outline the two companies’ intentions to transition to lower-carbon generation resources. Such plans have become increasingly common across the U.S. utility sector, but the TEP and CSU proposals are markedly different as they do not rely on the construction of new gas-fired generation to support the transition. The third proposal, an agreement between JEA, the municipal utility serving Jacksonville, Fla., and Florida Power & Light, will rely on existing gas and new solar to enable the companies to retire the 860 megawatt (MW) Unit 4 at Plant Scherer, which is the largest coal-fired power plant in the U.S. with a combined operating capacity of 3,440MW.

TEP’s proposal, included in its 2020 integrated resource plan, calls for the closure of all its coal-fired generation by 2031, which will result in the shuttering of Units 1 and 2 at the Springerville Generating Station. TEP owns 100% of those units, which have a combined summer generation capacity of 793MW; it also serves as the operator of the entire four-unit plant. Unit 3 is owned by Tri-State Generation and Transmission Association, and Unit 4 is owned by the Salt River Project. TEP also owns portions of the San Juan Generating Station and the Four Corners Power Plant in New Mexico, both of which already had announced closure dates of 2022 and 2031, respectively.

To read the announcement by the IEEFA U.S in full click here.